A week ago you had the weirdest evening. You were tired in the morning when we went to Playdayz, and I didn’t think too much of it at the time, but then that night, about when your Dad got home, you just developed a whopping great temperature. I was worried, so we called your Nana – we figured she was the best person to call since she’s a nurse and all – and she said to just keep your fluids up and see what happened. So we did, and the next morning I took you to the doctor (you love going to the doctor’s; she has great toys in the waiting room) and you were fine. But since then, you’ve been napping earlier and a little bit longer, so I figure it’s either a major growth spurt or teething. And since you’ve also been a fussier eater lately, I’m guessing teething. At least these are the last ones, finally.

But you’ve been learning new words and saying sentences more and more every day. It’s going to be sad when you don’t babble like you used to. But two days ago you started nodding and saying, “Yes” or “Uh-huh” when we ask you a question, which is a pleasant change. And this morning, we asked you if you wanted some of Dad’s Weetbix and instead of saying no, you sort of wiggled your butt and shook your head like a little “No thanks” dance or something. It was so cute we asked you again so you’d repeat it. And you did.

Every morning when you get up, you spend a few seconds naming the objects around you. So we might be sitting on the couch and you’ll point to a cup and say, “Cup” and then point to the table and say “Table” and so on. I don’t really know why you do it – maybe you need to reset your brain every morning.

We moved your new bed (the other new bed) into your room the other day and you helped me make the bed by jumping on it. You were a big help, really, because I’d ask you to pass me a pillow or a blanket, and you’d do your best to pick it up and hand it over.

Today it’s been pretty warm so we spent some time outside, and you sniffed all the flowers and said, “Oh, yummy!”. You smile on command now, and automatically when you see a camera. And you’re totally in love with your reflection, wherever you see it. In the TV, in a shop window, in the big mirror, you have to stop and make faces at yourself, or put on a hat and check it out, or eat something and run to the mirror to see what it looks like in your mouth after you’ve chewed it. Yesterday we showed you your shadow and you waved at it and ran around, looking a little perturbed at the fact that it followed you everywhere.

Today we’ll be seeing Gedda and Pappy and Uncle Jason and Aunty Lissy. They’re up visiting Gran and Pop so that Gran can talk to Lissy and Jason about the wedding ceremony. It’s going to be a family affair since Gran is the marriage celebrant. This weekend you’re having a boys’ weekend with Daddy while I go down to see Aunty Lissy, then next weekend we might be going to Blenheim to see Nana and Grandad, and your great-Grandad who lives in Australia will be there! Then the weekend after that is Jason and Lissy’s wedding and we’ll all be going to that. 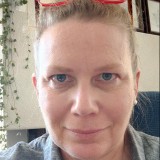